Protection of Reproductive Health or Control and Violence

Jasna Grizer, an associate of The Disability Portal, was awarded in the contest Ethical Media Reporting about Mental Health

Memories of Childhood: Growing up of Women with Disabilities 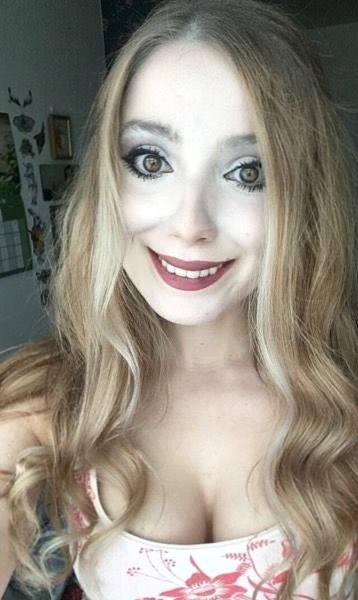 Cerys Knighton (23) is an artist from South Wales living with a bipolar disorder since the age of eleven. At the beginning of this year, she had her first solo exhibition of pointillist drawings entitled Drawing Bipolarity. She hopes her art will contribute to a better understanding of various mental states. Her inspiration is the world of wilderness, nature, literature and interdisciplinary research in medical humanities, psychiatry, and neuroscience decoding social constructs of mental illness. She transcribes her own manic-depressive experience into drawings, in order to communicate with her own self and the world. Now, when she understands herself and her mental condition much better, she can present the bipolar disorder symptoms visually and make them recognizable for others.

Name the three most important things about yourself.

For me, I think, the most important things you can do as a person are to try your best, be kind, and always try to be empathetic and understand the positions of others. I try my best to always do those things.

It would have to be getting my first dog, a Weimaraner called Purdey. I’d say she was my best friend growing up and I still miss her!

What kind of support was available for you as a young girl with bipolar disorder?

Unfortunately, there was very little support available. A lack of awareness of bipolar meant that those closest to me didn’t realize that the symptoms I was experiencing were a feature of the mental illness, and unfortunately I didn’t always get a great response to the places I reached out to for help, for instance in school. It took my first suicide attempt to seek medical help, but the Child and Adolescent Mental Health Services let me down when they prescribed an anti-depressant called Prozac, even though they knew it was a risk to pushing me into a hypomanic episode and weren’t available to contact for a follow up appointment when my health inevitably deteriorated. 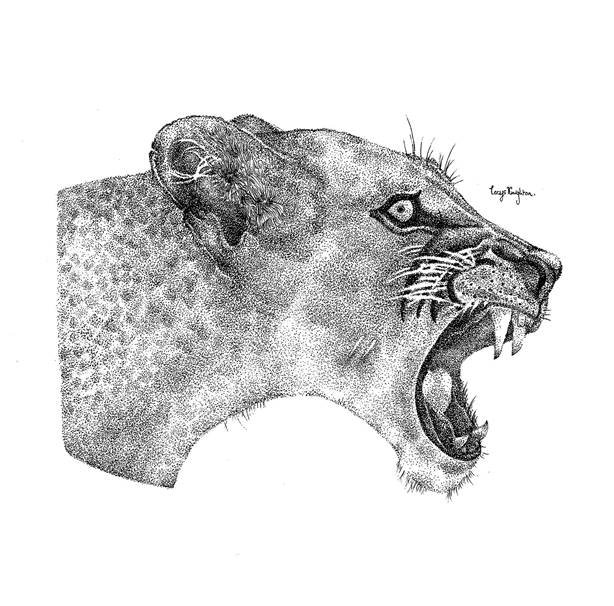 Someone said that having a bipolar is like having a happy personality and a sad soul in one body. Do you agree? How would you explain bipolar in a sentence?

I would say it’s like being trapped in a perpetually moving cycle that you can’t stop, you can only manage it – in a way like the classic Sisyphean cycle which sees Sisyphus endlessly pushing a boulder up a mountain, only to watch it rolling back down again.

How do you perceive the association between creativity and bipolar in your personal experience?

I think it works in two ways, in that it both inspires creativity, and that creativity helps you cope with it. I think experiencing such extreme states of emotion can enhance your creativity and imagination, but I also think the difficulty of managing bipolar is eased by creative expression.

Do you find art is a form of therapy as well? How does it work for you?

Art is the biggest help for me in the day to day management of this mental illness. These pieces can take hours and hours because of all of the individual dots, so even if I’m in a bad way and I’m not entirely secure in my own sense of reality, in that time I can become completely absorbed in drawing, and I feel a sense of achievement because of all of the work that goes into each piece. On top of that, art has become a means of communication. Even this time last year I struggled so much to talk openly about ways in which I was struggling, to the point where even many of my closest friends didn’t know I was unwell in any way. However, whilst I struggled to vocalize these things, I found a means of self-expression through art, in which I could communicate these emotional states to myself. Now I can also share them with others, and I hope visiting the exhibition will help people understand aspects of manic-depressive illness.

I think one of the reasons I love pointillism is that it creates a sort of duality in perspective; from further away you might not realize that the image is just thousands of tiny dots, but I think as you step closer that dot texture draws people in. I hope it can then draw people into the messages about mental illness within the art, too. 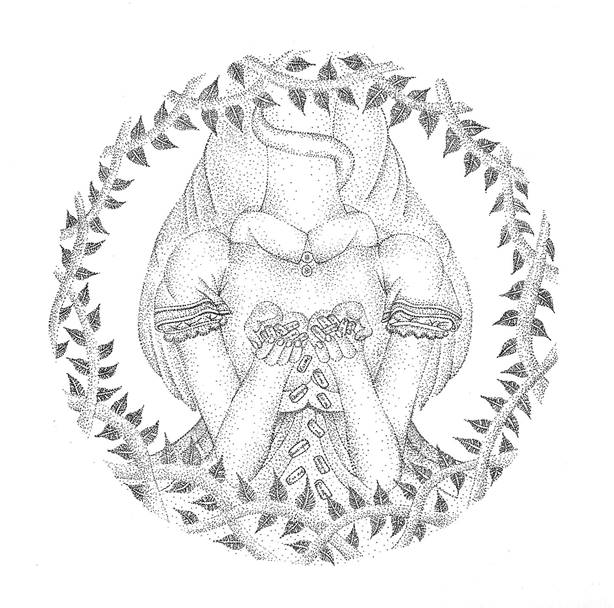 How does Alice in Wonderland inspire or interact with your drawings?

Because I experienced my first symptoms of hallucinations in bipolar depression as early as age eleven, I found that Alice in Wonderland was one of the things that could help me try to understand what was happening to my mind and I found myself relating so much to Alice. The experience of Wonderland, the effect it has on her understanding of her identity, the sometimes extremely violent physical manipulation she experiences, the chaos and disorientation of language and the absence of sense – even in her own sensory activity – were all things that I was beginning to experience myself. I began to shape my own understanding of what was happening to me alongside Alice, and I still find myself going back to her all of the time.

Which artists have influenced your art the most?

I would have to say my mum – it’s her art that I’ve always looked up to the most and I always hope to be able to even come close to her level of talent. 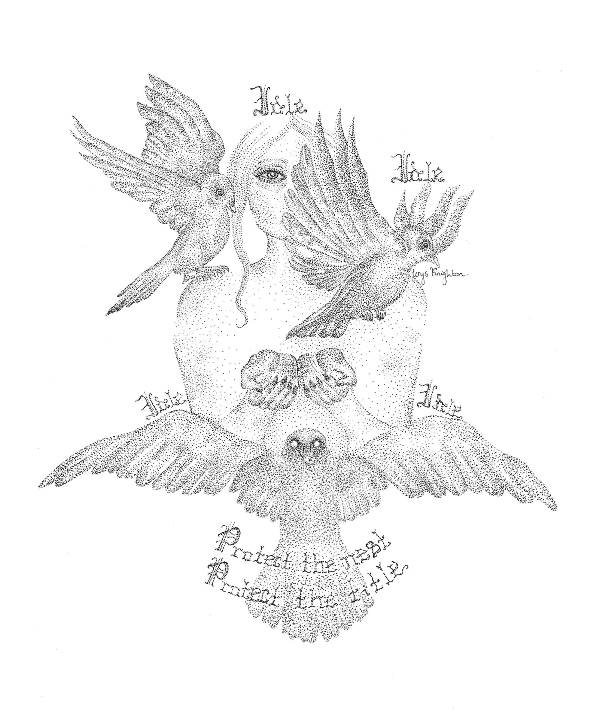 What sort of comments, opinions, observations and impressions do you mostly get from your audience?

I have actually been really surprised to learn that a number of people visiting the exhibition have cried – I certainly don’t want to make anyone unhappy, but it is really incredible to find that people are moved to such emotion by the artwork and the message behind it. I hope it means that I’m achieving my goal of getting people thinking and talking about mental illness and that the artwork is raising awareness of bipolar disorder.

I think one of the main misconceptions is that bipolar is quickly changing. Rapid cycling is a feature of the condition, but even during rapid cycling these are extreme and difficult emotional states, and I think the change in mood isn’t as quick as people tend to think. My experiences of episodes of depression have been anywhere between six and eighteen months, and hypomania around three or four months. I think its problematic that people often think of bipolar as quick changing because it has led to people perceiving the illness as just minor mood swings, which ultimately belittles the seriousness of the condition, and makes it more difficult for those suffering to identify their symptoms as bipolar illness and seek help. I think one of the other things is the expanse of symptoms, for instance, a lot of people are surprised to learn about the scope of symptoms, from cognitive dysfunction, to sensory overload, to memory loss.

Do you have some personal tips and tricks to manage bipolar disorder in your daily life?

I think keeping a mood diary is really important. I try to put down as much information as I can, because even if you can’t identify issues at the time you write because you’re in a bad way, looking back you might be able to identify problems arising. This makes it easier to manage movements between episodes. I think it’s also important to always try and be as prepared as you can because things can deteriorate quickly – this is something I learned the hard way and that I’m now really careful about. I would also say one of the most important things is finding something you can lose yourself in to get into your own safe space – for me this is art. 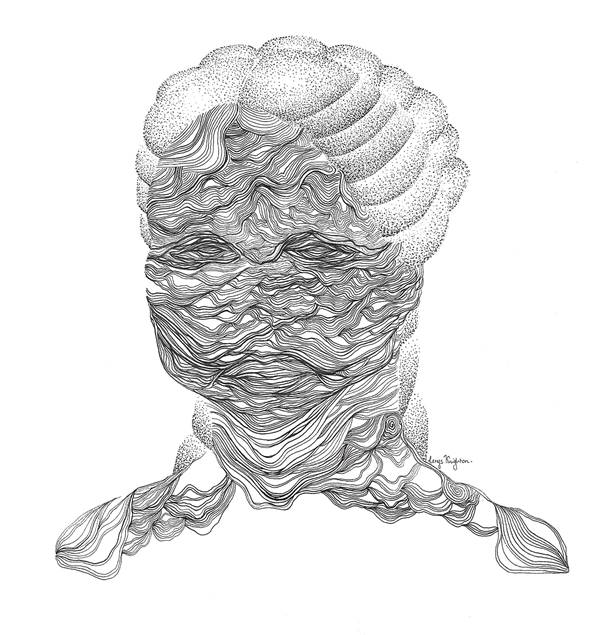 Bodily Restraint is Imperative. Inspired by an article from 1841 in The Lancet of the same name.

What are some of the most surprising findings of your research in the field of medical humanities?

As the work I’m doing hasn’t been done in this way before I really didn’t know what I would find, so I would say one of the most surprising things was finding such an expanse of medical cases observing a circular movement between extreme states of mood as long ago as the nineteenth century.

If you could talk to your future self, what would you say?

I think I would say that no matter what position I’m in with art or with work, as long as I’ve tried my best then I should feel good about myself.

About the Author
Marijana Čanak